“At Socket, we’re unusual – we bring unusually good internet and unusually good service to our customers. With this expansion into the rural areas of northern Boone County, Socket is proud to be the largest provider of residential fiber,” said Socket President and COO Carson Coffman. “Socket is committed to our investment in constructing critical internet infrastructure in Boone County. Our fiber network will allow customers to enjoy reliable and fast internet so they can successfully work, go to school, and even visit with doctors via telemedicine appointments.”

The expansion is made possible by funding through the National Telecommunications and Information Administration (NTIA) grant via partnership with the Missouri Department of Economic Development. While the final details are still in process, Socket has started construction in northern Boone County. Socket will receive $5 million dollars from grant funds and in addition, will be contributing almost $8 million of its own funding for the infrastructure needed to build out more of northern Boone County.

“I believe that Socket’s work on this project has the capacity to transform lives in the affected areas in that residents will finally have access to the same level of service that has been the norm for more densely populated areas,” said Janet Thompson, Boone County District II (Northern) Commissioner. “It seems particularly significant that Socket, a company with local roots, is now charged with the task of bringing high quality internet service to these areas of Boone County. They will be serving their neighbors and friends, who count on them to make a difference in their lives. I am confident that Socket will live up to the task.”

Socket currently serves the towns of Hallsville, Centralia and Sturgeon, and the surrounding areas. The expansion from this grant will allow Socket to build out Harrisburg in the future. The total number of homes served will be nearly 4,000, and construction on the fiber lines has already begun. The network will provide high-speed internet for generations to come. The expansion will will install fiber lines, which are capable of handling 10Gb, as they can transmit data at much higher speeds than DSL or cable-based internet by sending light along thin, glass fibers.

Residential customers can visit www.socket.net/northboonecounty to see a sample map of the build area. They can also enter their address into an online form on the page, to confirm if a home is within the build.

Socket was founded in 1994 with the goal of providing better telephone and dial-up service to Missourians.  In 2007, they began offering DSL internet and in 2011, Socket began constructing its fiber internet network. Today, Socket meets the needs of business and residential customers in 19 counties and counting with lightning-fast high-speed internet, TV, phone service, and a host of commercial communication solutions.   For more information about Socket and its service areas, check out https://www.socket.net/service-areas. 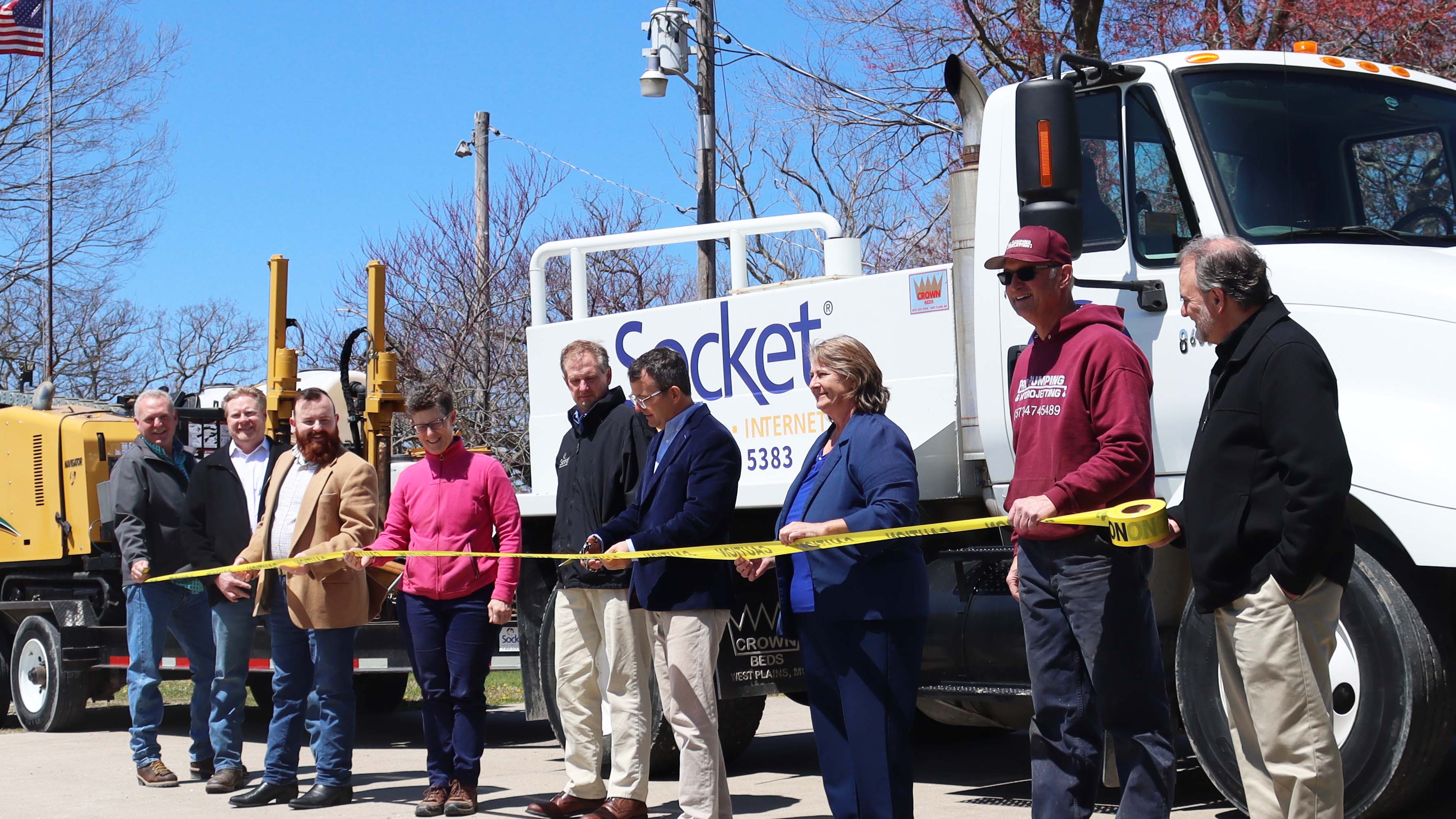