What Are Robocalls? | Socket Telecom Skip to main content 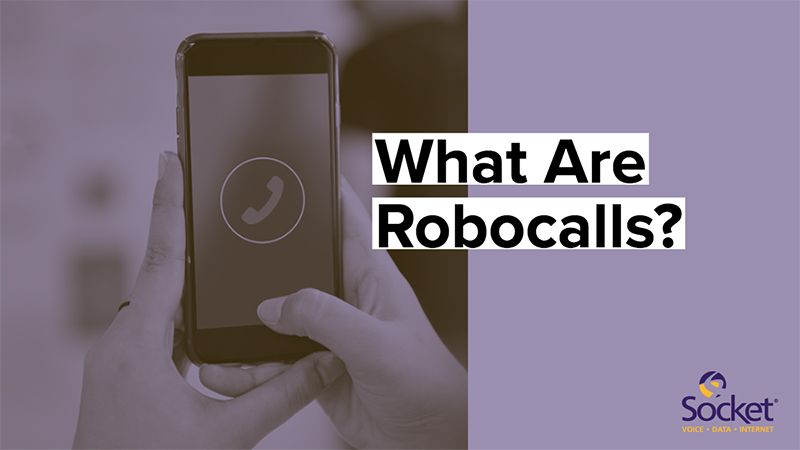 We all know how annoying it can be when our phones ring off the hook with unknown numbers and spam calls. The biggest culprit: robocalls. In the simplest terms, robocalls use a computerized auto dialer to send a prerecorded message, and unfortunately, they are on the rise. In 2015, the Federal Communications Commission saw 172,000 unwanted call complaints, but the number jumped to 232,000 complaints in 2018. Those are just numbers of calls that have been reported. In April 2019 alone 5.3 billion robocalls  were made.

Now, they aren’t always scams. Many legitimate companies such as pharmacies and schools use them as a cost-effective way to reach a large group of people, but in many instances scammers do not follow the rules and regulations that come with legal robocalls. To discern if a call is legit or not, remember to watch out for these red flags:

Let’s face it, robocalls aren’t fun. Fortunately new laws and technologies are emerging to help. In May 2019, a bill pushed through the Senate to stop unwanted robocalls, including fines up to $10,000 per call on robocallers who fail to follow the rules. Plus, the FCC is working on Caller ID Authentication, which will allow voice service providers to verify callers and alleviate number spoofing.

Think you've just gotten a robocall? Here's what you can do to prevent them in the future.