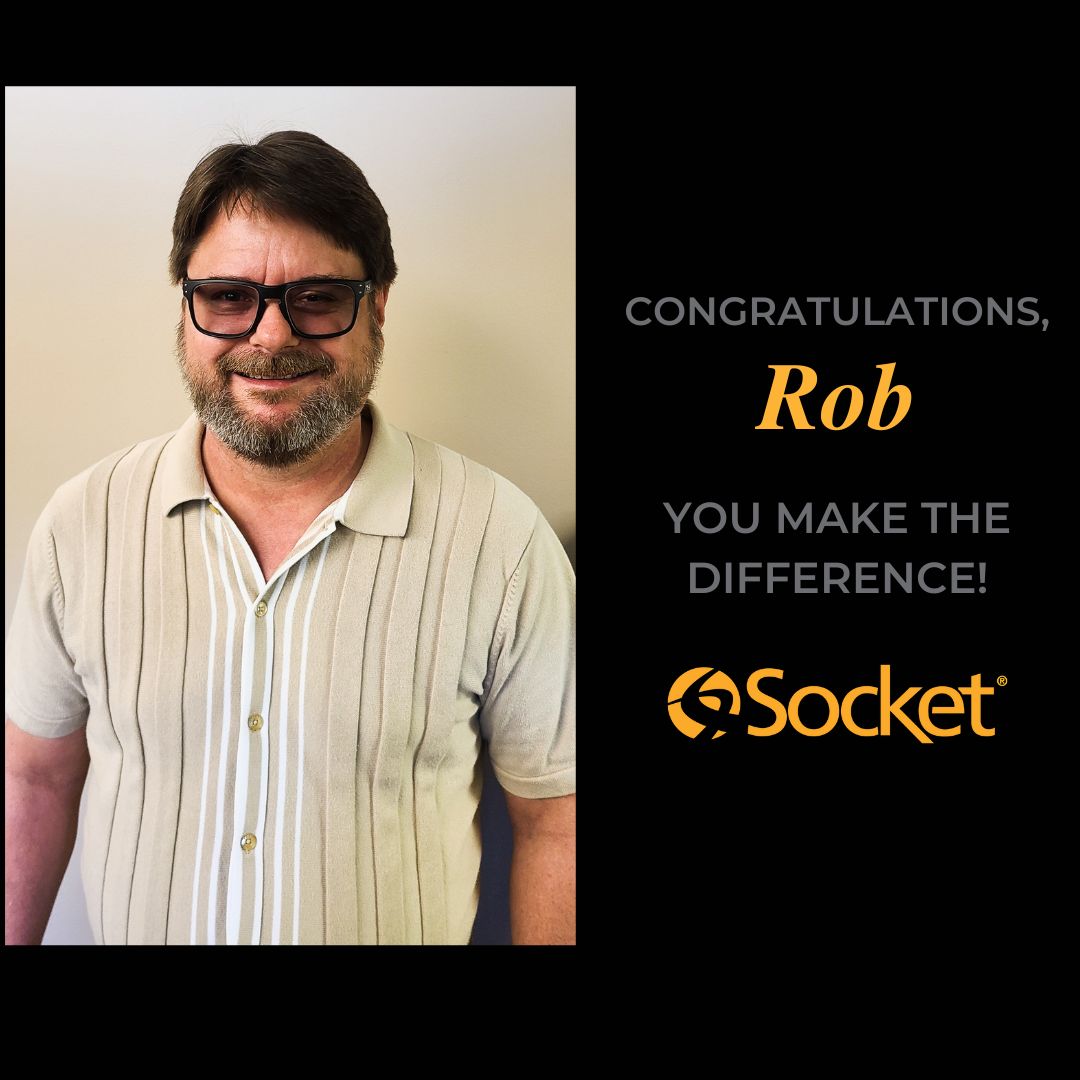 Every month, one lucky Socketeer is crowned the winner of the You Make the Difference Award. This month, we’d like to congratulate Rob Clark Jr!

Rob first heard about Socket from a few of his friends. They were employed here and really enjoyed the environment, so they encouraged him to apply to one of the open positions. So he did!

He’s been with us since October 2020 and is employed as a Network Design Specialist. “I would describe my job as construction and circuit design for new neighborhoods to get fast, reliable internet to the home,” says Clark.

There have been plenty of integral moments for him since he’s been here, but Rob’s favorite part about his job is when a Fiberhood gets completed and he gets to announce that it is now open for sales. We love that part, too!

Rob does his job, and he does it well, with one coworker even saying, “Since joining Socket's design team Rob has made a significant impact in the speed and efficiency of our walk out maps and designs.” The coworker continues, “He has taken feedback from the field and puts together some of the best map books we've ever had.” Sounds like he definitely made a difference!

When Rob isn’t working on maps, you can find him at home throwing down on the grill and watching the latest Chiefs game!

At the end of the day, Rob’s role is integral. He loves being here, and we love having him. Congratulations, again. You truly make the difference, Rob!