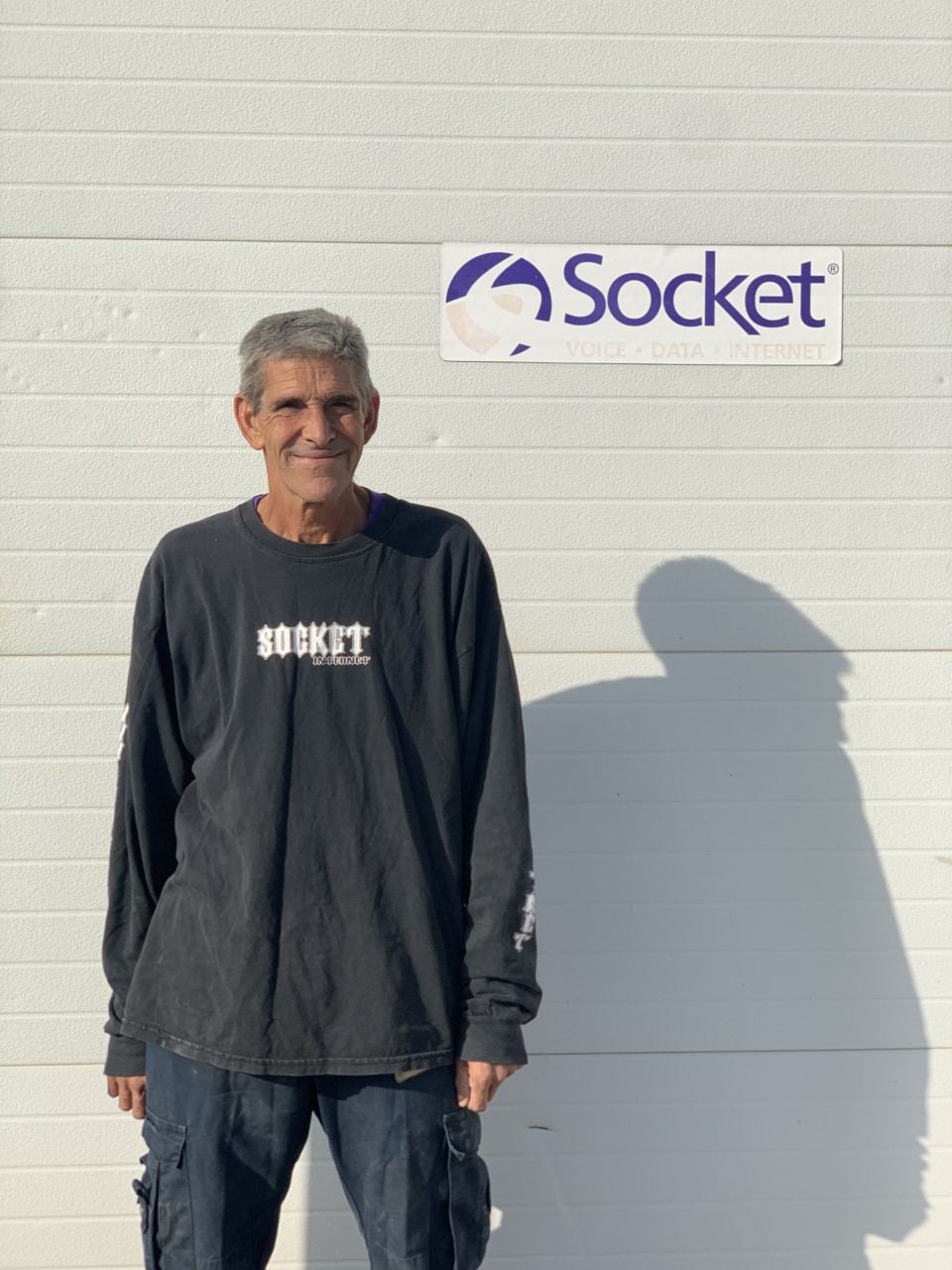 Craig has been with Socket since 2013. He had previously been with the company before then, and ran into an employee who told him he should come back – and so he did. He had originally started on the customer service team, but then applied for the inventory control position shortly after.

As an Inventory Control Specialist, Craig keeps track of all the equipment inventory, asset tracking, shipping and receiving, as well as equipment and material stock levels at Socket’s warehouse. If anyone is ever looking for something at the warehouse, Craig knows exactly where it is!

One employee that nominated Craig said “Craig is always so helpful! He’s very knowledgeable in his field and is so kind to everyone.”

Outside of work Craig co-owns COMO Flea Swap and enjoys repurposing items to sell at the flea market. He also enjoys watching TV and going to other flea markets around town. He has a dog named Stevie and a son who lives in Las Vegas that will soon be graduating high school. In the summer months you’ll find Craig scuba diving! He has been an avid scuba diver for over 30 years and is considered a Master Diver.

As for his favorite part about working for Socket, Craig says it’s the people and the great owners.